Are you an efficient leader? 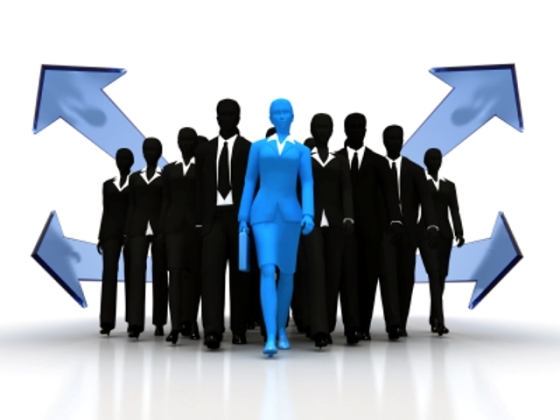 To approach the concept of leadership, previously it would be interesting to answer the first question that comes to mind:

Leadership is the set of management skills that a person uses to influence the lifestyle of people or a workgroup, making this team work enthusiastically in achieving goals and objectives.

Besides the different theories about leadership that we are going to approach later in this post, first I would like to provide a brief introduction to two possible styles of leadership that are very different from their origins:

· Formal leadership is the one that occurs when a person is officially designated as the leader of a group or team. This person must be accepted by the whole team, even though many times, he does not have the skills and attitudes that are considered appropriate to really lead a team or project. The formal leader exerts some power and has authority over the rest of the team.
· Informal leadership arises when a person who does not have formal authority, provides motivation and inspiration to the members of the team. People consider him a team leader for various reasons, motivational or technical type (when the leader has knowledge of a specific activity carried out by the team).

Referring to the History of "leadership" as a concept, we find a set of interesting approaches in its analysis and study by various specialists. Some successful approaches, others less so, but all contributing to the current understanding of the concept. We are going to discuss below various theories that have emerged over the last 100 years, beginning with the trait theories, through behavioural theories and ending with contingency theories, widely accepted today.

Trait Theory arised early last century, motivated by the search of efficient leaders who had the ability to keep workers motivated in a Taylorist approach starting to decline. Thus studies were designed to recognize features present in the most efficient leaders, thereby ensuring that those who had these traits would also be successful leaders. The trait theory was not widely accepted; however the authors were able to identify certain characteristics that seem to recur in those leaders who managed good results. Those characteristics are:
o Drive.
o Need for power.
o Honesty/Integrity.
o Self-confidence.
o Intelligence.
o Technical knowledge.

Behavioural theories arise in the mid of the last century, as a critique of Traits Theory that "did not consider the learning capacity of people." The proponents of these theories argue that specific behaviors differentiate leaders from non-leaders, but unlike the Theory of Traits that considered only innate characteristics, this approach holds that people could be trained to become efficient leaders. The behavior theory identified three basic types of leaders from the behavior of each of them. Those types are:

- Authoritarian: The authoritarian leader is characterized by centralizing the authority, dictating work methods and to limit the participation of subordinates in decision-making processes.
- Democratic: Democratic leaders are those who involve his subordinates in decision-making processes. They usually trust in team members, delegate work and encourage participation.
- Laissez-faire: This type of leader is characterized by providing absolute freedom to team members who are unaware of objectives and goals to reach.

Several studies were performed in order to know productivity resulting from applying each leadership style to a particular team. The results showed that a democratic leader and an authoritarian leader produce better results than a Laissez-Faire leader; however the team led by the democratic one is much more motivated and satisfied with the work done than the team led by the authoritarian one.
The Behavioural theory failed, due to not considering the specific situation the team is part of. Contingency theories discussed below arised emphasizing this analysis.

Contingent approaches refer to different types of leadership, but consider that none is better than the other without a previous analysis of the specific circumstances in which the team is placed. Contingent Theory emerges in the mid-60s, not only to talk about leadership but also on various topics of growing interest such as organizational structures. Giving primary importance to the analysis of the particular situation and the time, which was not considered until then, the contingent theories are still widely accepted by experts.
One of the best known theories is the Theory of Path-Goal. This theory considers that the leader's main purpose is to guide its team to achieve their objectives and individual goals. The leader must use his motivational skills and convincing power to align individual and organizational goals in order to get great results.

The charismatic leader is one that is characterized by high trust and dominant character. Generally also have a strong conviction. Charismatic leaders are ideal in crisis situations because of ideological commitment they generate on team members. However, under normal circumstances, charismatic leaders can have a negative effect because their overconfidence often creates a lack of delegation and little value to the participation of their employees.

We conducted a historical overview on the concept of leadership, which despite his innate existence since the beginning of mankind, began to be studied relatively little time ago. It will then be time to analyze each individual business conditions, which will determine in each situation, what is the right kind of leadership to provide the greatest benefits to the organization. That way we will be able to answer the main question to ourselves: Are we efficient leaders or no?